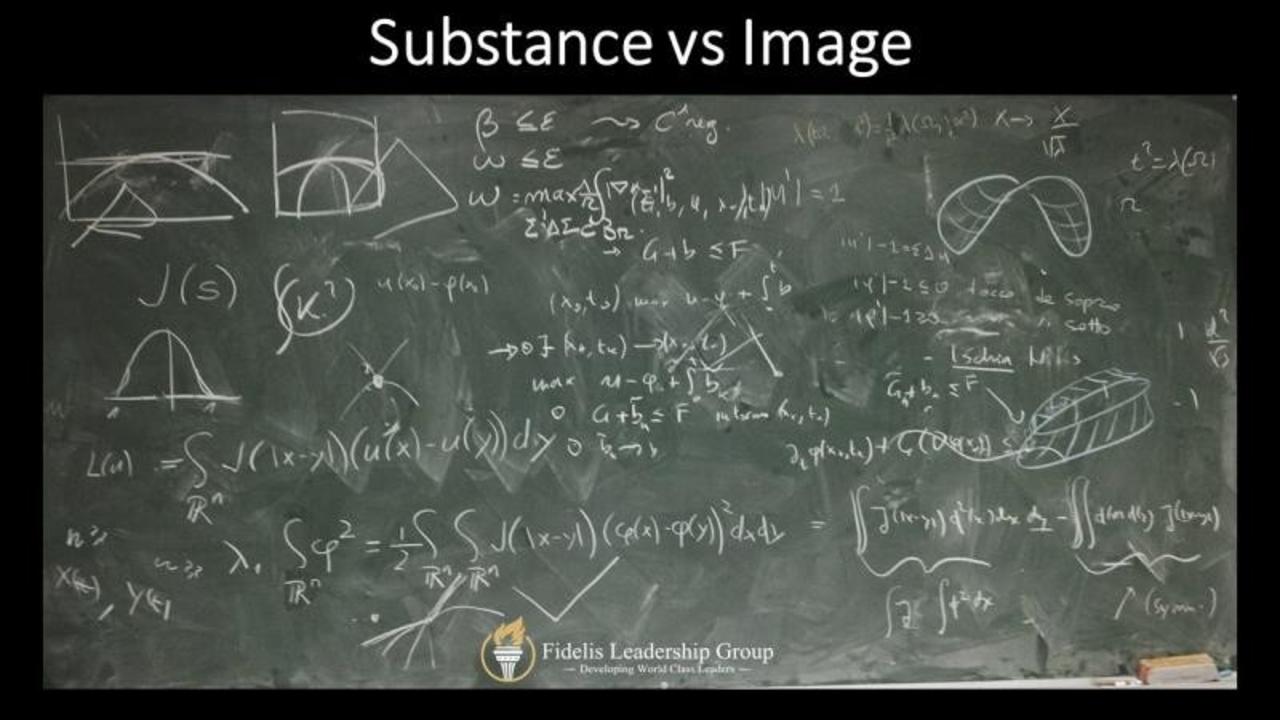 In 2001, Enron - a $64 Billion company - collapsed and essentially went bankrupt in 24 days. This was a case study in how unethical leaders can poison an entire organization.

One Enron executive often secretly copied mathematical equations from a college textbook onto a blackboard in a conference room that would be used later in the day. He did this to impress others with his supposed intelligence and financial acumen.

Ultimately, this executive went to prison for his role in one of America's largest and most damaging business scandals.

Good leaders impress others by demonstrating impeccable character and integrity in all that they say and do.