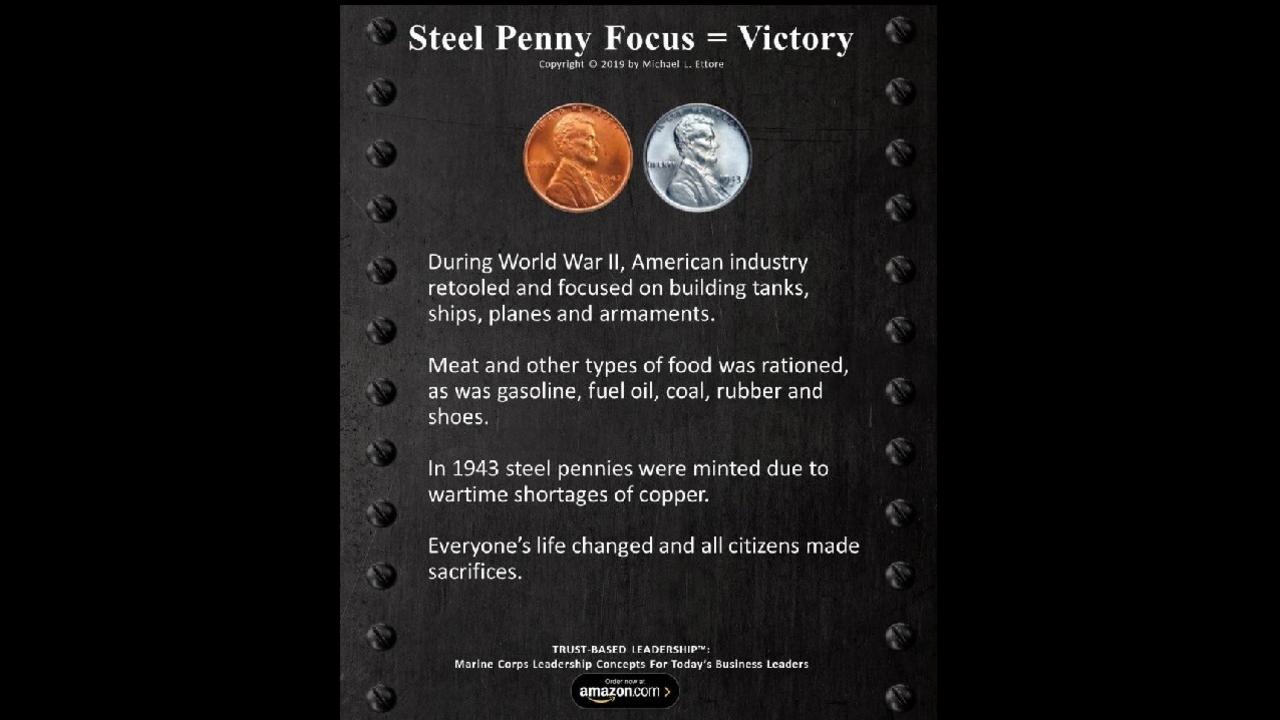 During World War II, Americans were asked to make many sacrifices to contribute to the war effort. The Great Depression had taught people to do without and sacrificing certain items during the war became the norm for every family.

Focused on the common goal of defeating our enemies, American industry achieved incredible levels of creativity, resourcefulness and productivity.

Simply stated, a focused and mobilized America became known as a nation that could do anything it set it sights on, and along with its Allies, it defeated tyranny and restored freedom for most of the world’s population.

Recent events are essentially calling for another form of mobilization, and if Americans respond to this call for sacrificing for the greater good of fellow citizens, our nation will once again prove that when focused on clearly stated goals and objectives, great things can be accomplished.