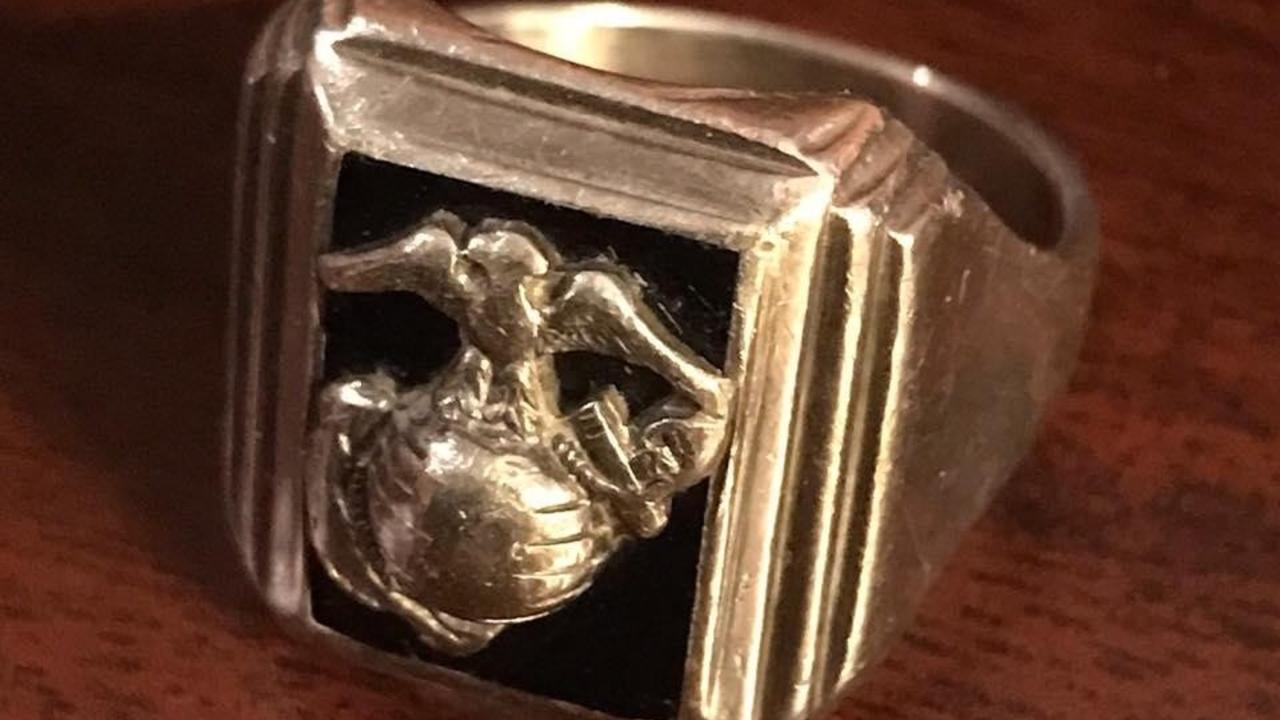 75 years ago today, 30,000 U.S. Marines landed on Iwo Jima, igniting one of the bloodiest battles of World War II. Veterans of Iwo Jima were still serving when I enlisted in 1974. I was able to listen to their stories and insights on several occasions.

I collect Marine Corps memorabilia and saw this ring on eBay several years ago. It was part of an estate sale. The ring was owned by a Marine named George Joyce.

George was 17 years old when he made the landing on Iwo Jima. He survived the war and became a very successful tobacco farmer. He died around 2010 or so.

The executor of the estate told me "George would be so happy to know that his ring was being cared for by a fellow Marine." In that moment, I wished that I had known George, but then realized that in many ways, I did know him. Marines reading this will understand what I am saying.

I only wear this ring on November 10th, the birthday of the Corps, so that George's ring once again feels the heartbeat of a Marine.

Thinking of you today, George.

Semper Fi until the day I die!