Is Common Sense Common in Your Company? 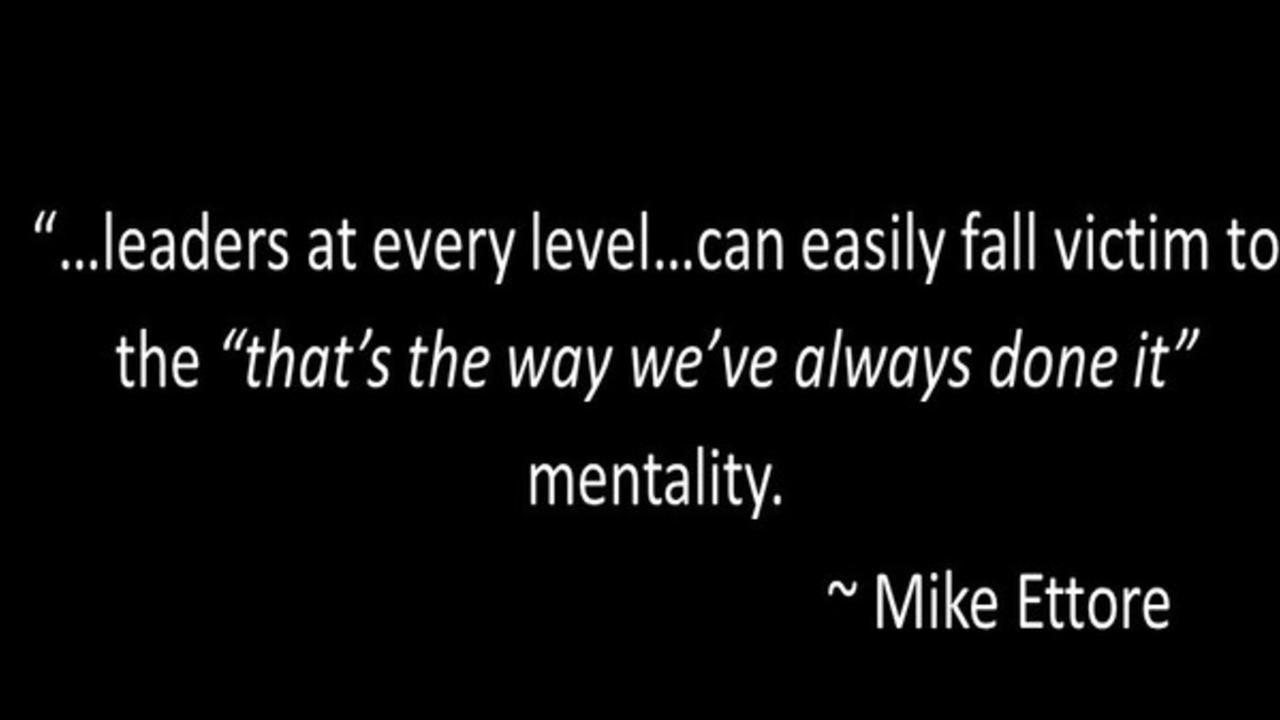 After a career in the Marine Corps that spanned more than two decades, I was blessed with the opportunity to serve as a C-level executive in a publicly traded company for nearly 15 years. During my time as an executive, I leveraged many of the lessons I learned in the Corps, both in the pursuit of operational excellence and in an effort to develop other leaders. An effective method, I have found, to convey lessons and concepts to my peers and teammates is through the use of stories and anecdotes.

I now coach executives in the art of leadership and I continue to “tell stories” to my clients when appropriate. It will often cause even a busy, experienced executive to pause and reflect upon whether their approach is the most productive in an issue or situation they might be facing. In this article, I will share a story that contains lessons that can be applied to leaders at all levels in any type of organization.

Throughout its history, the Marine Corps has been well-known as an institution that sets and maintains high standards. That said, like any organization, it often falls victim to the “that’s the way we’ve always done it” mentality. Marine leaders are not only charged with establishing and enforcing standards, they are also responsible for routinely “shining the light” on them and ensuring that they are realistic and relevant to the accomplishment of their unit’s mission. It is imperative, regardless of how difficult it may be at times, that the standards a Marine leader is responsible for enforcing, directly relate to the achievement of their objective.

As I began my military career, I served as an enlisted Marine for four years (1974-1978), and when my enlistment ended, I enrolled in college with the intention of becoming a commissioned officer once I obtained my degree.

In 1981, I was going through the administrative process of applying for officer candidate school (OCS) with the local Marine officer recruiter. This Marine Corps Captain was aware that I was a member of my college’s wrestling team, and almost immediately during our first meeting, he asked me if I had undergone any knee surgeries. I replied that I had indeed had four knee operations over the past several years. His face immediately took on a very concerned look and he said, “Mike, this is very important, do you know if the doctors used any metal wire, mesh or anything similar during your operations?” I told him that to the best of knowledge, they hadn’t and I asked him why this was so important.

The captain related that Navy medical officers (The Navy handles all medical issues for the Marine Corps) had reviewed data over the past decade or so that showed that individuals who had metallic implants had experienced a very high-rate of physical failure due to recurring knee problems either during OCS or after they were commissioned. Due to this high number of medical issues, a policy had been instituted to automatically disqualify any applicant who had any metal or foreign material in their knee-joints.

The medical policy at the time did allow applicants to have knee operations, providing the appropriate Navy medical officers determined that the individual’s joints were strong, stable and fully functional. I do remember that I had to go through two special physical examinations that were solely focused on evaluating my knees. These examinations included my being asked to “duck-walk” across the room, do deep-knee bends while carrying a heavy sandbag, climbing stairs, and other similar tests to see if my knees were fully functional.

While I was going through these tests, I had two friends who were also very interested in becoming Marine officers. Both were exceptional athletes (wrestlers) and were among the strongest and fittest men I have ever known. However, they had both also had knee operations, and their surgeons had used metal wire to repair their joints. As a result, they were both medically disqualified from applying to any Marine Corps commissioning programs. Their disappointment was a devastating blow to these two young men, who had aspired to be Marine officers from a very early age.

At the suggestion of the Marine captain whom we were interacting with while applying to OCS, both of these men decided to see if any of the other branches of the armed forces would allow them to apply for commissioning programs. To make a long story short, one of these men became a Navy SEAL officer and the other an Army Special Forces officer. Both went on to serve with distinction for over 20 years in the special operations community.

I’m confident that you can see how a policy that relied upon the “possibility” that these two young men “might” not make it through OCS or be able to perform well in their subsequent service units due to their knee surgeries was flawed. The fact that both managed to graduate from two of the most physically demanding special operations selection courses in the world and serve for over two decades in very physically demanding environments, including combat operations, clearly denotes that flaw. In fact, neither of them ever experienced problems with their knees at any point during their military service.

Unfortunately, what happened to my friends routinely occurred during that era. During the course of my Marine Corps career, I personally heard of a few dozen situations like these, in which very capable individuals were arbitrarily disqualified from service in the Marine Corps based on the outdated medical policies that Navy medical officers were using. In many cases, those same individuals went on to serve with distinction in another branch of the armed forces.

Once, while attending a training course run by another service, I met an Army officer who told me that he was rejected by the Marine Corps because he had wire mesh in one of his knees (he had been a Division I lacrosse player). This officer was exceptionally physically fit and served two tours in the 75th Ranger Regiment, subsequently, he became a career Special Forces officer and ultimately retired from the Army as a Major General. We became close friends and I’m still in contact with him. I often good-naturedly remind him that while he was good enough to become an Army general officer, he didn’t meet the standards to serve as a Marine second lieutenant. Needless to say, he doesn’t take kindly to my taunts on this topic.

Sadly, during that period of time, the Marine Corps, to its detriment, allowed a great number of highly qualified and talented individuals to slip away because of an outdated policy. In my opinion, the senior Marine officers in charge of officer recruiting at that time had become complacent and probably failed to routinely ask senior Navy medical officers if the standards for Marine commissioning programs were aligned with modern medical concepts and practices.

A fundamental principle of Marine Corps leadership is that a leader is responsible for all that his or her unit does or fails to do. In the situation described in this article, I believe the general officer in charge of Marine Corps recruiting should have ensured that the medical standards being applied to potential officer candidates were relevant and realistic.

This type of complacency (or worse) happens routinely in organizations of all types; leaders at every level are always very busy and can easily fall victim to the “that’s the way we’ve always done it” mentality. An effective leader knows this and does whatever necessary to ensure that the strategies, standards, policies, and procedures he or she is enabling and enforcing are relevant, realistic, and are actually helping the organization achieve its goals and objectives.

I urge you to take some time to reflect and ask yourself, “Is anything like this happening in my organization? Are we suffering in any way due to outdated, unrealistic, or unnecessarily rigid policies or rules?”

Some additional questions to ponder while reflecting upon whether you and other leaders in your organization may need to “shine the light” on various aspects of your company’s culture and business operations:

It is imperative that you, as a leader in your organization, constantly strive to maintain high standards of operations within your team. It is equally important, however, that you constantly review standards and policies to ascertain whether they are relevant to the accomplishment of the company’s overall objectives. Don’t allow outdated or flawed policies to jeopardize the effectiveness of your efforts, or to derail you from accomplishing your mission.